Richard Hoeg (“Rick”) has lived and worked in Michigan his entire life. After receiving his undergraduate degree in Economics from Hillsdale College, he attended the world-renowned University of Michigan Law School. Richard graduated in the top five of his class while focusing on corporate governance and transactional law.

In 2005, Rick joined the Ann Arbor office of Miller Canfield Paddock and Stone. As a corporate lawyer, Richard worked on venture capital transactions. He also worked on mergers and acquisitions, and entrepreneurial law. In 2007, he joined the Honigman law firm where he continued representing venture capital funds and their portfolio companies, as well as technology and biopharmaceutical spin-offs of the University of Michigan, before forming Hoeg Law in 2016.

Rick has extensively researched and reviewed the Michigan Business Corporation Act and Delaware General Corporation Law in his role as co-author of the 2009 through 2017 supplements of Michigan Corporate Law and Practice.

An avid gamer, Rick expanded his practice to include information technology, software licensing, and related contractual and intellectual property law issues, with a particular focus on Software-as-a-Service and custom software development. Together with his pharmaceutical and medical device clients, Rick’s software clients represent some of the cutting edge technological advancement happening in Ann Arbor and the Midwest.

Rick is the creator of YouTube’s “Virtual Legality” where he regularly talks to tens of thousands of subscribers and viewers on important legal issues of the day, generally through the lens of popular culture.

After passage of the Jobs Act in 2012, Rick has followed and advised his clients on the SEC’s slow but continuing push to democratize the corporate financing process through “crowdfunding” and related regulations including Rule 506(c), Regulation A+, and “Regulation: Crowdfunding”. He has also extensively advised clients on Michigan’s own “Michigan Invests Locally Exemption” (MILE), and given talks and presentations on such topics to the Institute for Continuing Legal Education (ICLE), The University of Michigan, Michigan State College of Law, Ann Arbor SPARK, and the Michigan Angel Fund. 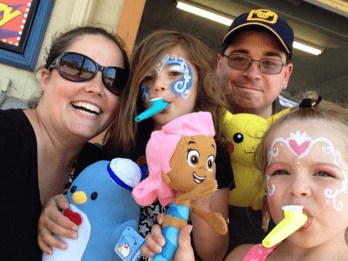 Rick has extensively researched and reviewed the Michigan Business Corporation Act and Delaware General Corporation Law in his role as co-author of the 2009 through 2017 supplements of Michigan Corporate Law and Practice.

Rick lives in Northville, Michigan with his wife and two daughters. When he’s not watching Michigan football, he’s likely to be found with his head in a VR helmet, or attending one of his daughters’ soccer games or ballet recitals.