Intellectual property (also known as “IP”) is often more valuable to businesses than the actual tangible property they possess. There are numerous companies that generate their primary source of income through products based on the IP rights they own. Especially in today’s digital age, it is vital that businesses keep their intellectual property safe through the use of patents, trademarks, copyrights or other sorts of legal devices.

Once a company has secured their intellectual property, there are situations where it might be more convenient or financially wise to let another party use the IP in exchange for a monetary amount. There are two different types of agreements that facilitate this exchange, which are referred to as Assignment Agreements and Intellectual Property Licensing. These agreements are usually handled by an attorney specializing in business law.

What Are The Differences?

While both assignment agreements and intellectual property licensing agreements handle the ownership and use of IP, they are very different in execution. The type of agreement chosen will depend on several factors, such as if the IP owner is looking to sell their business, leave the field the IP falls within, or looking to make a steady revenue stream from IP royalties. It is very important that the IP owner fully understands the reasons for choosing either as well as the ramifications of each type of agreement. 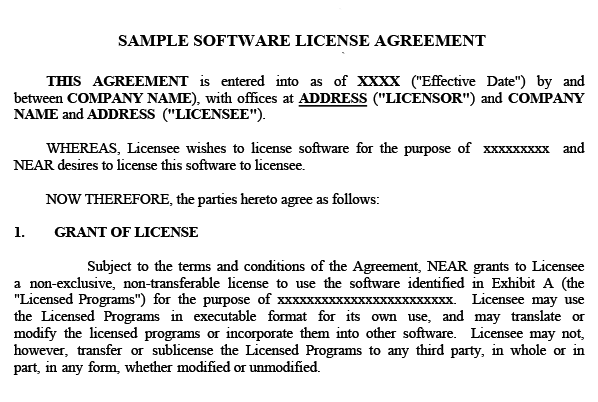 Assignment agreements are the most straightforward of IP agreements. These involve the selling of IP rights to a third party, which is a permanent transfer. This is similar in nature to selling a physical product where all control, involvement and claims to the property are transferred to the new owner. Generally speaking, this type of agreement is only used when the IP owner is looking to sell their business or leave their industry. It also is used when an IP owner is looking to avoid any liability resulting from the use of their software or intellectual property by a third party. If the original owner wanted to re-acquire their IP from the purchaser later on down the line, they would have to buy it back through the same process by which the purchaser bought it from them originally.

Intellectual property licensing agreements are the most common of IP agreements. These are used when a company is looking to make a profit from their IP but not relinquish ownership of it. Royalties or fees are an intrinsic part of these agreements, which last for a set period of time. IP licensing agreements are divided into three main subtypes, depending on what the particular transaction or situation requires:

Exclusive License – This is the most restrictive of licensing agreements for the IP owner, as it prohibits the granting of licenses to anyone outside the third party who enters into the agreement. It also prevents the owner form using the technology covered by the IP for themselves.

Sole License – Similar to the exclusive license, this prevents the IP owner from granting licenses to anyone other than the third party who enters into the agreement. However, the IP can use the IP rights for themselves.

There is another form of licensing known as an implied license. This is used in certain circumstances that arise without the existence of a formal licensing agreement. Generally speaking, this is used when the conduct of both parties indicates that the IP owner intended to license certain rights to the third party. Courts often grant implied license in situations where one party created copyrighted or trademarked work at the request of another party under contract, while not explicitly conferring the IP to the purchasing party after the completion of the transaction.